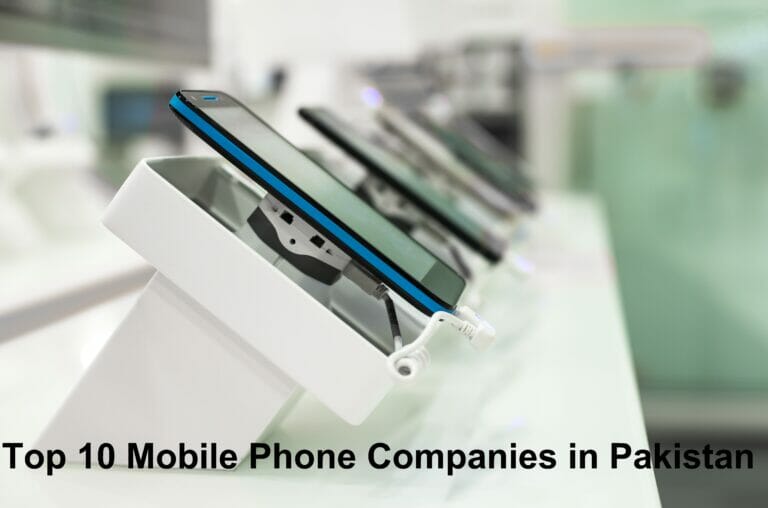 So, it is clear that the smartphone industry is booming rapidly. Hundreds of mobile companies have played their part in elevating the status and reputation of this industry. Many of these global companies are also operational in Pakistan and have been launching their units in the Pakistani mobile market for years now. Moving further in this piece of writing, you will find a concise assortment of some of the best mobile companies in Pakistan that have offered their smartphone models that are pre-eminent for your unique, everyday requirements. Ahead, top 10 mobile companies that are currently operational in the country. 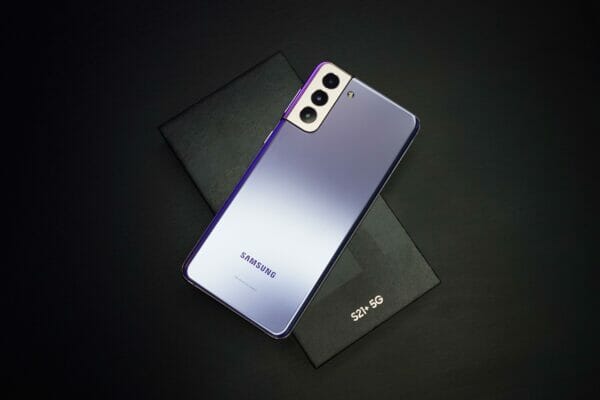 A top-selling and renowned mobile company in the world, Samsung has been the leader in the Pakistani mobile market for a long time. The company started its operation in South Korea in 1938 and introduced its first Android mobile phone back in 2009. The Galaxy and Note Series of Samsung is the most hit smartphone series that is still running in the global market. The Samsung J Series is quite a popular mobile phone series in Pakistan that offers units at reasonable prices for every kind of customer including students, businessmen, middle-class people, etc. 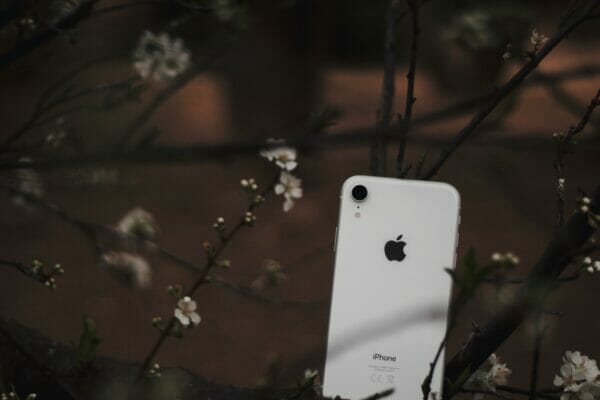 Another old yet innovative and famous mobile company, Apple is known for its unique design, exciting features, and remarkable OS. The first-ever Apple smartphone was launched back in June 2007. The company has made a significant position in mobile markets of various countries such as the USA, Pakistan, India, and more due to its remarkable hardware and powerful processors. The latest Apple smartphones feature 14.6 iOS and a strong built-in storage system. Other than smartphones, Apple has also launched other telecom devices such as Smartwatches, iPads, Macbooks, and more. 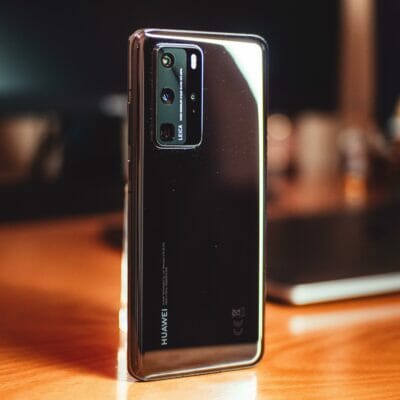 We all know about Huawei for its spectacular and affordable smartphones in Pakistan. The mobile company was founded in 1987 in Shenzhen, China, and launched its first-ever mobile phone in 1997. It makes wireless solutions for mostly businessmen including android laptops and modern smartphones having powerful processors and enormous storage capacity. Huawei Technologies Co. Ltd. sells more than 100 million units every year across the globe. It launches smartphones having advanced technology and the latest features for its precious customers. Huawei stands at the third position of most selling mobile phones brand in the world, with an annual income of $8397.02 million and $107.13 billion global sales. 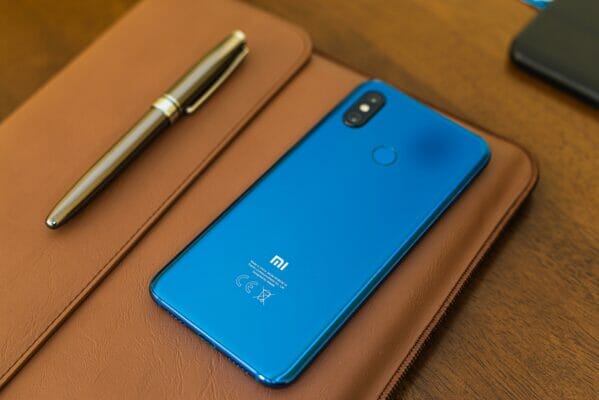 This mobile company was founded in 2010. Xiaomi is a Chinese mobile company that has offered various amazingly economical series including Mi Series, Mi Series, Redmi Series, Mi Max Series, and Mi Note Series. The company is working day and night to make its position stronger than ever in the Pakistani mobile market. Xiaomi is popular for its flagship sales in Pakistan where it launches its latest mobiles with modern features and insanely low prices. The company mainly earns its revenue from the ads that run in its devices. Xiaomi sells more than 65 million units every year in the world. 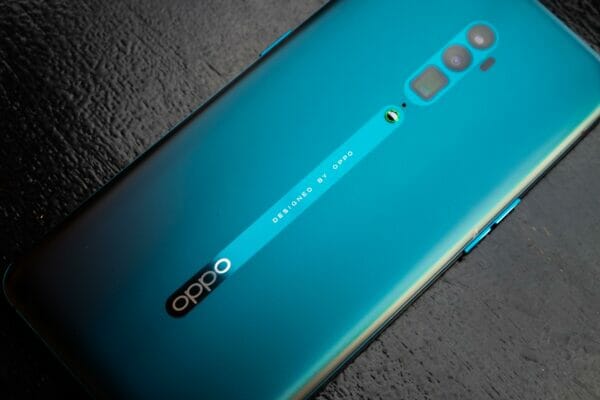 It is a Chinese brand that has earned a lot of fame in Pakistan due to its outstanding selfie camera phones. Oppo Reno and F3 are their latest models launched by Oppo having the latest features, excellent specs, and high-quality selfie cameras. You will find revolutionary technology and spectacular quality in its smartphones. Oppo has set a wide range of price tags for its units so that a variety of customers can get a phone that they can afford. Most of the Oppo phones are light on the pocket of Pakistanis. The main target market of Oppo is youngsters who are looking for 24/7 entertainment. 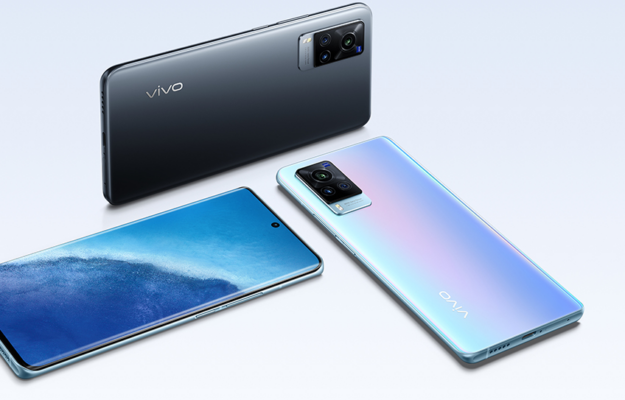 Vivo was founded in 2009 in Dongguan, China, The mobile company has recently become quite popular in Pakistan due to its affordable and economical android smartphones in the Pakistani mobile market. Vivo phones feature various sensors such as fingerprint sensor, proximity sensor, 3G and 4G communication, GPS, WiFi, Bluetooth, superb performance cameras, and more. These phones come with strong processors, offering awesome performance. The designs of Vivo models are also quite exquisite and different from phones of other brands. Vivo sells units worth $49.5 million every year, generating revenue of $46 million per year. 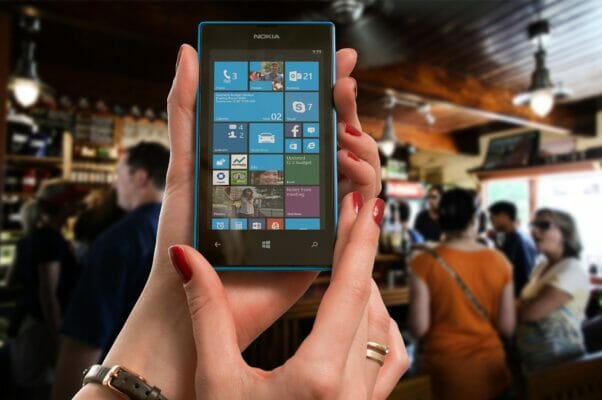 One of the oldest mobile companies not only in Pakistan, but also in the world, Nokia has gained the attention of countless customers due to its latest launches such as Nokia 110, Nokia 7.2, Nokia 6plus, Nokia 3.2, Nokia 8.3, Nokia 5.4, and more. The legendary Nokia phone, Nokia 3310 which is considered the strongest and most durable mobile phone ever produced, has played a vital role in making the reputation of the company. Nokia has offered numerous affordable smartphones for fulfilling the needs of Pakistanis. The sales of Nokia were overcome by other mobile companies for a few years, but now, Nokia has made its comeback and is making good sales globally. Its mobile phones are durable, efficient, and are equipped with the latest features. 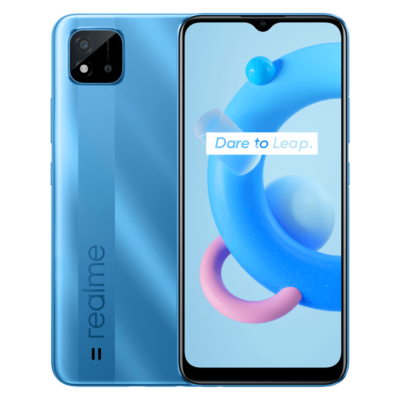 Realme is the offshoot of Oppo, the Chinese mobile company which we have discussed earlier. It was established back in May 2018 in China. Realme smartphones are one of the top smartphones under 20,000 Rupees for youngsters and students. Its mobile phones have HD cameras equipped in them. Whatsmore, the units have a double sim feature, amazing processors, awesome performance, and many other wonderful features. Realme phones come with fingerprint and face security systems, fantastic memory storage, and a mind-blowing User Interface. Realme X series is the latest smartphone series introduced in the market having remarkable phones at crazy price tags. 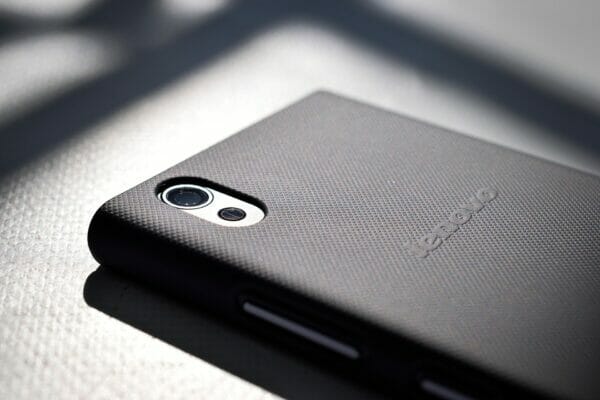 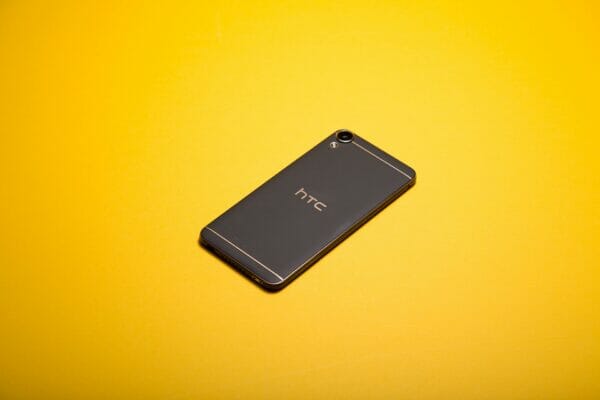 HTC stands for High Tech Computer. It is a Taiwan-based consumer electronics company that has launched amazing smartphones and other electronics products of top-notch quality. HTC mobiles are available at economical price ranges in Pakistan. The latest HTC mobiles include HTC U Ultra, HTC U12+, HTC U Bolt, HTC U11, and many other fantastic smartphones. HTC’s latest mobile launched in 2021 is the Wildfire E3. This model was launched on the 14th of March. The thing that HTC smartphones attract consumers the most is the top-quality performance, out-of-the-box design, super-fast speed, and latest technology that is found in them.

Apple and Samsung are both standing at the number 1 spot of the best mobile brand rankings in Pakistan.

All of the mobile brands that we have mentioned in our list are the top mobile companies in Pakistan.

Go through our assortment of the top mobile companies in Pakistan as all of these are the best of the best.

Apple is the no 1 mobile brand in the world. The company has also launched its iPhones in the Pakistani mobile market.

So, that’s all folks! That was our list of best mobile companies in Pakistan that are currently operational. All of them have launched amazing smartphones having a variety of features and specifications for meeting different demands of the customers. You can go through their launched units and see which one comes up to your expectations. You may visit their online stores to check out their products. For more information click here.

A professional blogger and writer who specializes in building online communities. His superpower is his passion for blogging & interest in understanding customer psychology. Fahad focuses on helping people to understand how to better drive traffic, develop relationships and earn revenue online. 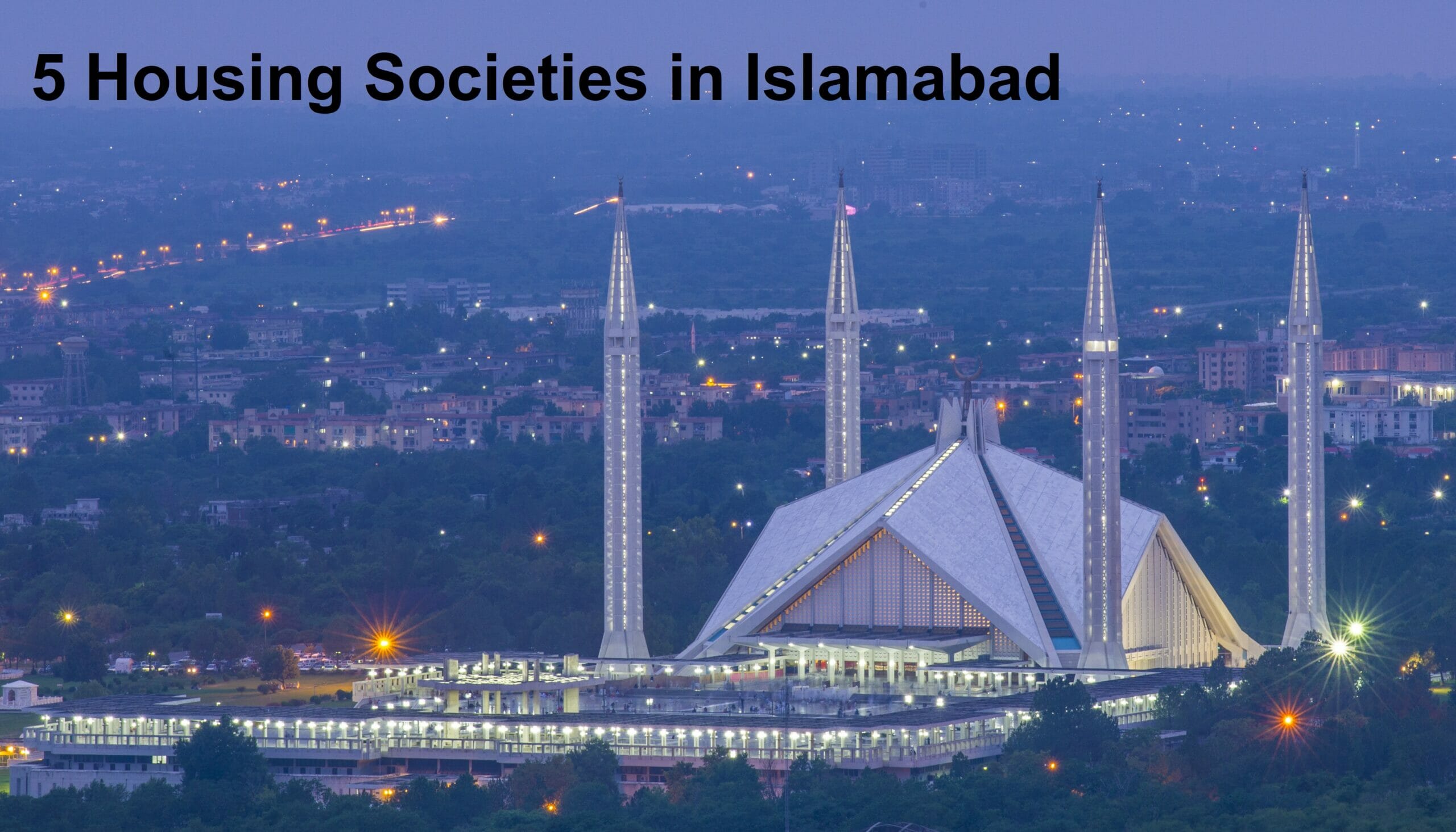 Top 5 Housing Societies in Islamabad in 2021 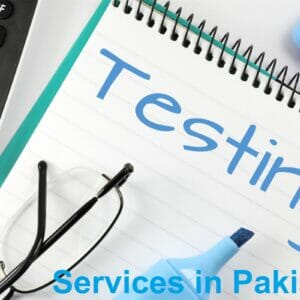 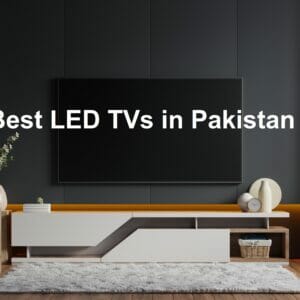 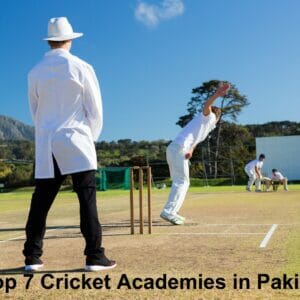 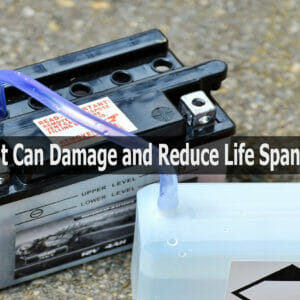 Factors That Can Damage and Reduce Life Span of Battery