This is one of the most frequently asked questions about air conditioners. Inverter Technology Save Electricity, One of the main reasons for this question is that people doubt the energy saving capabilities of inverter technology. The most common perception is: “you can’t save more than 7-10% by simply eliminating the on/off cycle. Those who claim to save 40% are just bluffing to create marketing hype.” I have done substantial research on this topic to provide you with a better idea about how inverter technology works and how it helps in saving electricity.

Energy Efficiency in the Air Conditioners

A general perception is that the manufacturers install larger condensers which allow them to save more energy. This perception is quite wrong. If the manufacturers use larger condensers in the non-inverter air conditioner they would save as much percentage of energy. So, with this technology, non-inverter air conditioners can be improved as well. But what is it that allows inverter technology to save more energy than the non-inverter counterparts? To figure that out, let’s have a look at some data and numbers.

Let’s consider a scenario that you are in a room where the temperature is 40°C or 16000 BTUs. You desire to bring down the heat at say 20-21°C or 8000 BTUs. And, the heat coming inside the room from through walls and humans is about 4000 BTUs per hour.

So, after removing the 8000 BTUs from the room, the AC has to remove 4000 BTU per hour at a steady rate to retain the desired temperature of 8000 BTUs.

Now, in this case a non-inverter used up 2.96 units in 8 hours, whereas, the inverter AC consumed 2.5115 units in the same time which saves about 15% of energy.

If the inverter AC had a minimum cooling capacity of 1000 Watts, it would save up to 41% of energy.

What does this calculation tell?

Why does inverter air conditioner give better efficiency in lower tonnage?

When the cooling capacity of the air conditioner is lower, less gas gets pumped. In this way, less heat is dissipated at the condenser. It keeps the condenser cooler so there is less pressure on the compressor. Therefore, the compressor consumes less power while giving better cooling effect. 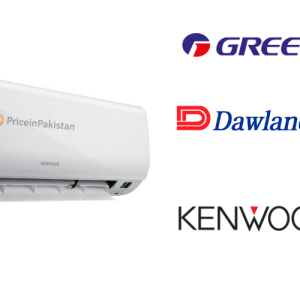 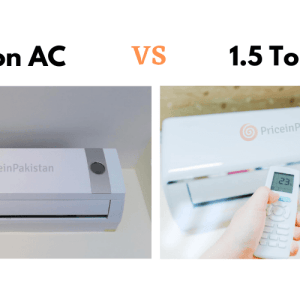 Difference between 1 Ton and 1.5 Ton AC 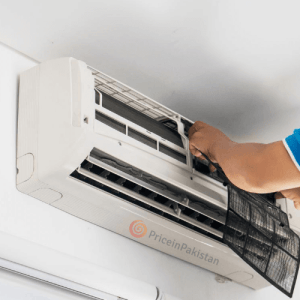 Precautions for Installation and Maintenance of AC 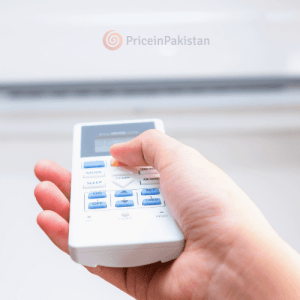