What is an Inverter?

Basically, an inverter is an electronic device that converts Direct Current to Alternating Current.

Why is Inverter used?

In case of power failure when the grid station stops distributing the electricity, we need power storage or power backup to run these appliances. For this purpose, we use batteries. A battery is an electric device that stores electricity which can be used whenever we require. But the problem is that the battery stores only direct current whereas all our appliances use alternating current.

What is Inverter Technology?

No battery of any kind is used in this setup to store electricity. It only has an inverter that converts DC to AC with required frequency. It requires power to work and it doesn’t work when there is no power.

What is Solar Inverter?

If you want to have the most energy saving air conditioner ever that runs on clean energy, is cheapest to install and saves electricity, then an inverter air conditioner featuring a Solar PV system is the best option. 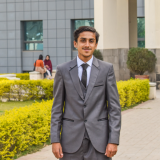